Ann-Margret: The Allure of Energy 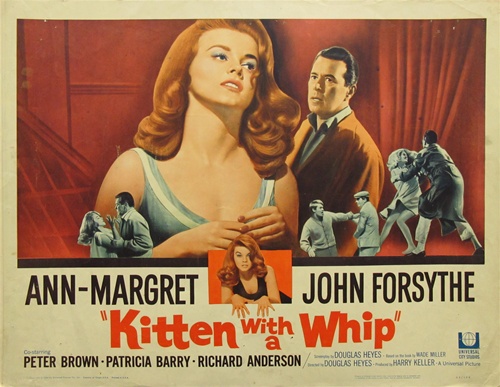 Ah, her chin. Just the way she held it – defiant, confident, with Attitude before everyone had Attitude.

If energy alone could convey sexual allure, then it would look like Ann-Margret.

She had it... The body – hard but curvaceous, the hair long and electric. The voice, either soft sensual or direct and laughing with an invitation to roll.

You could cover her in paint (The Swinger) or beans (Tommy) and it only enhanced what was obscured.

Ann-Margret met her match with Elvis Presley, two of them so ridiculously alike that there was a doppelganger effect tripping along the XX/XY chromosome axis.

And when it wasn’t hip to entertain U.S. troops in Vietnam, she went anyway, shaking for boys – just farm boys dazed by fear and heat.

Always ambitious, so eager to confront challenge with an inviting grin - more hip than hippy chicks - empowered by her untethered spirit.

That day she left Elvis’ funeral, head up, keening overcome by forward thrust, to be alone in the desert on a Harley thundering toward Viva Las Vegas. For years ago she discovered that only movement itself could calm such a restless soul.