The last detachment of Ken Kesey 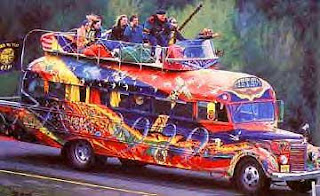 As I sat in the audience that evening, watching Ken Kesey read from his book ‘Demon Box’, I got a strange, low-level vibe. The clues were subtle — inflections of his voice, the way he swayed slightly at the podium, his contextually-wrong smile — that he wasn’t really engaged to the text.

Sure enough, after a few minutes, he suddenly looked at his watch and joked that “right about now” his favorite NFL team was likely losing.

And it was a good story he had been reading — about meeting The Beatles.

Kesey himself was a hard read — an evasive mumble of contradictions. The high school wrestling jock who condemned smoking but loved LSD. The soft-spoken, reflective author who blasted across the country with his pals in an old school bus, fueled by drugs and hard rock, periodically stopping to pull pranks because, hey, they called themselves The Merry Pranksters. (Paul McCartney heard about Ken’s road trips and wrote ‘Magical Mystery Tour’). The writer who rarely wrote, as if adopting an outré lifestyle as a response to charges of indolence.

Detachment — that was the foundation of his loopy, sometimes childish, often self-engrossed, kinda provoking but rarely boring public persona. He knew when to cut out and get back on the bus.

Kesey wrote one great book, ‘One Flew Over the Cuckoo’s Nest’, and it arrived before the whole 60s trip began. Tom Wolfe’s ‘The Electric Kool-Aid Acid Test’ made Ken a cultural icon. It gave him a stage but took away his writing.

Ken, one of the big time personalities of the west coast counter culture. The wide-grinning shaman with one hand holding ‘On the Road’ while the other spun The Grateful Dead’s ‘Anthem of the Sun’. Part hipster, part hippy. 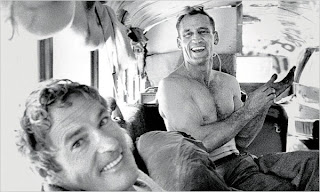 That detachment let him walk through cultural walls with n’er a scratch… a day-glo clown, a rock culture Robin Hood, taking from the squares and giving to the groovies, turning on, tuning in, but never dropping out, equally at home with Neal Cassady or Timothy Leary.

Leary and Cassady: Party on

Kesey peaked early, and spent the last half of his life interpreting the first. So there he was, white-haired and stout, still hanging in the bus, driving across the U.S.A., now more a portable party than a quixotic quest. 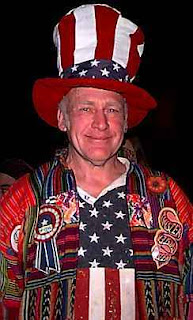 The author as performance artist, the goof as holy fool. It’s hard to follow Kesey because he never had a map. The bus went where it did, no plans, no right or wrong way, rambling along the blue Pacific until a day in November 2001, when it pulled over for the last detachment and Ken waved goodbye to his friends and got off alone, without books or words or drugs or anything, and flew over the cuckoo's nest, arms wide open. 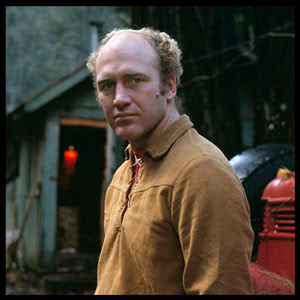