LSD: Leary’s in the Sky with Diamonds 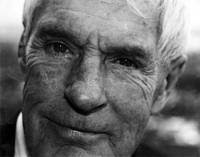 If you choose to visit YouTube and view Dr. Timothy Leary’s interviews and speeches, one rather unsettling conclusion becomes irrefutable: almost without exception, he radiates clarity, intelligence, humor, and robust health. Beside him, the hosts most often appear slouched and defeated, suffering under a dead-sweat, long having abandoned the corporate gotcha script and praying for a commercial break.

It’s wasn’t supposed to be that way.

Throughout the 1960s, Leary actively promoted—and experimented with—Lysergic Acid Diethylamide (LSD). He was the King Pin, capo di tutti. No LSD, no 60s. At least, not in the way we know/knew/remember that decade. Dr. T was a big deal. When he ran for Governor of California, John Lennon wrote him a campaign song called ‘Come Together’. Not bad.

Richard Nixon’s much celebrated (but never discovered) ‘silent majority’ were scared stupid of Leary. Not only did he have the implicit prominence of a Harvard psychology professor (a job from which he was canned—no surprise there), but the Beatles loved him, as did other prominent, counter-culture types. So—the law went after Leary.

He did jail time for marijuana possession (originally, a 20-year sentence. Whoa…). While in stir they gave have him psychological tests used to assign inmates to appropriate work details. But Dr. Leary had devised the test years earlier; in fact, they were called ‘Leary Interpersonal Behavior Test’. So Tim answered the questions in such a way as to appear a conventional person with interests in forestry and gardening. Result? Leary bagged work as a gardener in a lower security prison. Not bad. 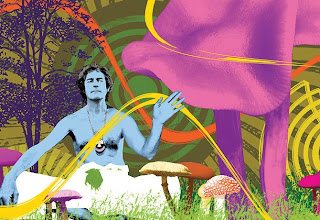 The key to understanding the 1960s is to consider people like Leary—a guy who walked his own path, sometimes flaky, sometimes irresponsible, but never cowardly or morbid. He was outrageous in the best sense—that of having powerful, intriguing ideas.

It’s rare to see his type anymore. Now, even worse than then, the media (a cash-starved conduit for advertising) can’t tolerate originality. It’s too destabilizing: it scatters demographics. Nobody even has the time to Tune In, Turn On, or, god forbid, Drop Out. There’s no money trail to follow.

Leary, who died in ’96, was nothing if not an enlightened optimist — certainly not an attribute I’d ascribe to current social totems. He offered solutions without necessarily exploiting, or even mentioning, problems — and no man ever made big bucks doing that.