On a higher level, he is the single most important producer in rock history—one of the few of whom you can say, if he had never existed, what comes out of the radio today would be different.

It’s quite possible that sometime during the late 1960s, he began to crack. Or maybe he got the pills-booze quotient wrong, as has been surmised. Whatever happened, Phil began to lose it. And the hits stopped forever.

Phil has discussed his mental illness. His father committed suicide when Phil was nine.

It appears 69-year-old Spector is in jail for eighteen years, having been convicted of second-degree murder. He shot and killed an actress in the foyer of his home. Phil has an extensive history of domestic abuse.

Spector has pulled many guns on many people, including Leonard Cohen and John Lennon. When he was arrested for murder in 2003, Spector had more than ten handguns in his house. That’s a lot.

Speaking of a lot, I’m reading over a list of Spector’s hits: Be my Baby, Da Do Ron Ron, You’ve Lost That Lovin’ Feeling, Then He Kissed Me, Walkin’ the Rain, Spanish Harlem, Unchained Melody…It goes on for a while. Pop music offers us few geniuses, but if put to the test, I’d say Spector has his foot in the door. 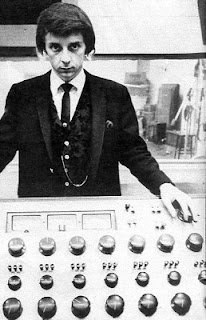 Technically, we know how he developed his famous ‘Wall of Sound’. But nobody, not even when using Phil’s studio engineers, has been able to reproduce it.

Author Tom Wolfe wrote a famous essay about him called ‘The First Tycoon of Teen’. Phil did indeed make millions, sometimes in questionable ways. He also made a lot of people big stars.

He produced the Beatles’ last album ‘Let it Be’, although Paul McCartney hated the results – and still does — though McCartney is getting a little cranky in his dotage.

Rolling Stone magazine ranked Spector # 63 in the 100 Greatest Artists of All Time.

Spector is renowned for his ability to scream at people, for up to half an hour, without losing his voice. He’s also known to be generous to friends and strangers in financial trouble.

He stands 5’ 5”, wears elevator shoes, lived as a recluse, and went weeks without leaving the walls of his mansion.

For decades people have wondered why such a small man ever felt compelled to create such a gargantuan sound.

Phil’s life is about walls...some keep people in, some keep people out. Sometimes they're made of music, sometimes brick. It's no difference to Phil. For like any significant artist, he knows the only way to create is to create alone.

It's been said that silence is a sound you can't hear. Be it ironic, merciful, or both, Phil Spector must face an inescapable Wall of Sound until the day he dies.
Posted by I. M. Clarke at 6:27:00 PM
Labels: #beatles, #crime, #johnlennon, #leonardcohen, #losangeles, #murder, #PhilSpector, #wallofsound
Newer Post Older Post Home